The story of the Vancouver Waldorf School begins in the summer of 1967 when, within a few months of each other, three families moved to the same neighbourhood of West Vancouver with a common dream that their children would have a Waldorf education. By 1969, these families had worked together to launch a Waldorf kindergarten that September. Eight children were enrolled in that inaugural kindergarten class.

In 1970, the Waldorf School Association of British Columbia and its Board of Trustees formed. That same year, the kindergarten moved into a converted garage in North Vancouver. By that time, the early childhood program had become three groups: a nursery, a junior kindergarten for four-year-olds, and a senior kindergarten for five and six-year-olds. In 1971, following public lectures by prominent figures in Waldorf education, Francis Edmunds and Werner Glas, a decision was ratified by the Board of Trustees to open grades one and two that September. Newspaper advertising began and pamphlets were distributed across the North Shore and yet, the Waldorf School Association had no building, no teachers and very few children to enrol in a grade school.

After tireless efforts by the kindergarten teachers and parent volunteers, 12 children took part in the opening assembly of the Vancouver Waldorf School on September 6, 1971, in a rented space in Horseshoe Bay. At the start of the school’s second year, 33 children were enrolled in grades one through three. In 1972, the early childhood programs moved to St. Catherine’s Church in Edgemont Village. In 1973, 45 children were enrolled in grades one through four. In 1974, the resolve was made to keep the school on the North Shore and in 1976, it moved to its present-day Lynn Valley location and was soon adding a grade each year.

As the school grew, so did the faculty. A College of Teachers was formed, and a management committee supported the school’s operations. Annual general meetings were well-attended and lively, with plenty of opportunities for community input and discussions around growth. The school was a hub of cultural activity as it regularly hosted guest speakers and conferences.

In the early 1990s, after a flurry of community input and engagement, plans were drafted for a new grade school. Three new classrooms were built in 1995, which became the permanent classes of grades six through eight.

By the late 1990s and early 2000s, it became clear that a new early childhood centre – including infant and toddler care – would better serve the growing community. Bolstered by generous capital donations and grant money, the beautiful new facility opened its doors in 2005.

Over the past 15 years, the school has continued to deepen and broaden its cultural life. The annual Festival of the Arts showcases grades 2 through 12 curricular presentations held at Centennial Theatre in North Vancouver every spring. The Winter and Spring Music Concerts celebrate the violin, viola and cello players from grades 4 through 12. Every year, eurythmy students from grades 2 through 12 also share their work with the community on both professional and school stages. All-school theatre collaborations and performances with Cascadia Society, a local Camphill community, started in 2007 with the first of ten Christmas Fairy Tale Productions. Underlying this vibrant performance culture are the annual class plays and The Shepherds’ Play, in which faculty and administration collaborate to present this gift to the students and community.

The educational program has also continued to grow. The Early Childhood Centre now includes a two-day preschool program and four Parent & Tot classes. The grade school has an after-school program to support parents’ work schedules. The high school curriculum now offers greater flexibility and streaming options for math and sciences and continues to “feel” like a bigger school than it is, thanks to well-established and popular international exchange and homestay student programs.

Having just celebrated the 100th anniversary of Waldorf education in September 2019 and the 50th anniversary of the VWS in September 2021, the school community remains humbled and inspired by the legacy of those that have come before us. We are endlessly grateful for their unwavering commitment and the decades of hard work invested in supporting this school and community to become what it is today. 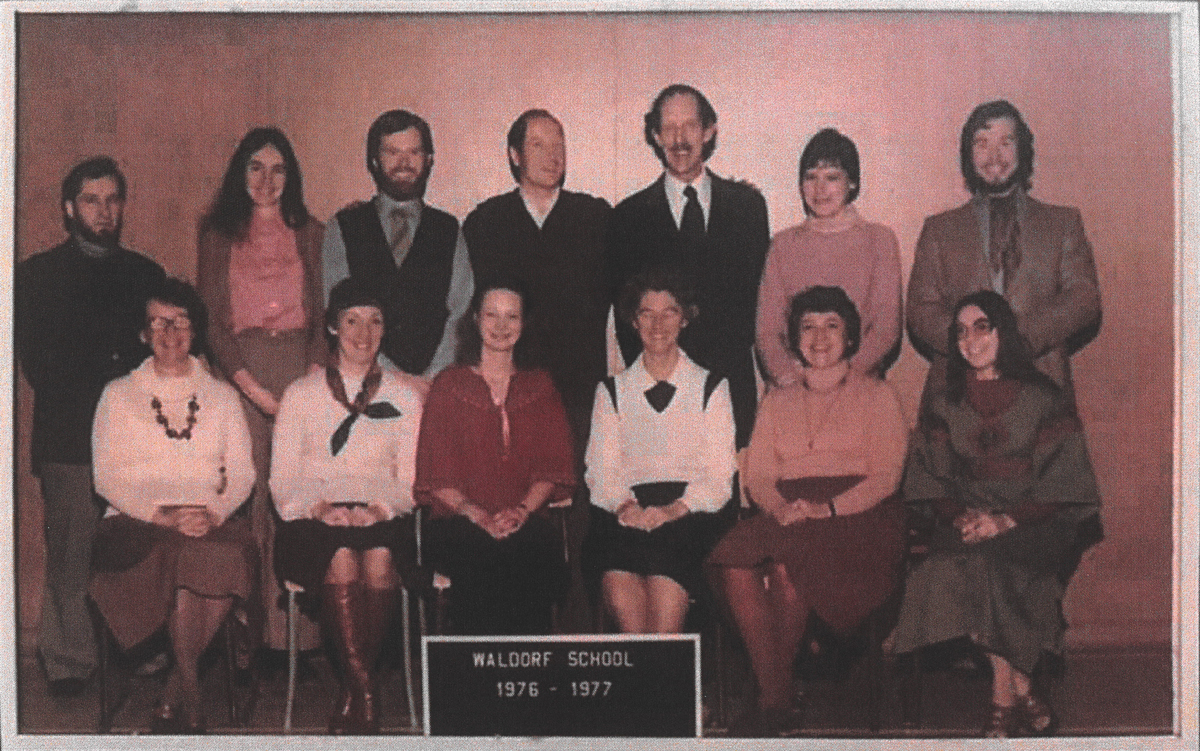 Cornucopia of bread and baking with Bonnie Gosse (centre). Do you recognize these other bakers?

Do you recognize this corner of the Lynn Valley campus? 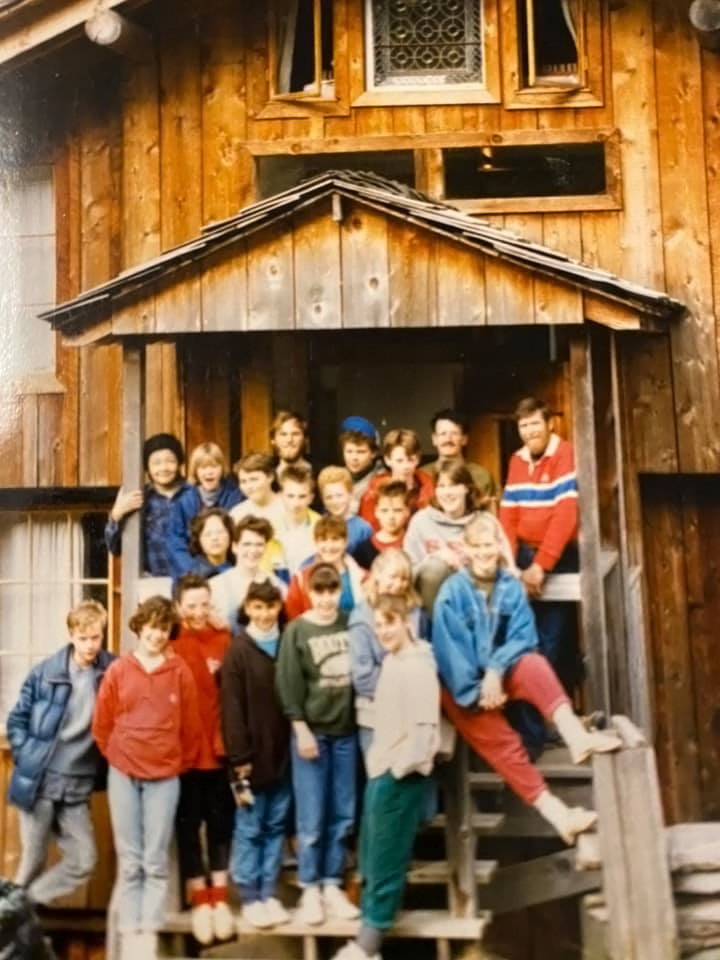 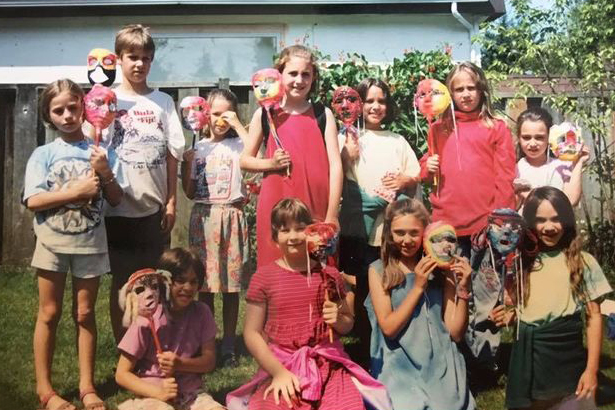 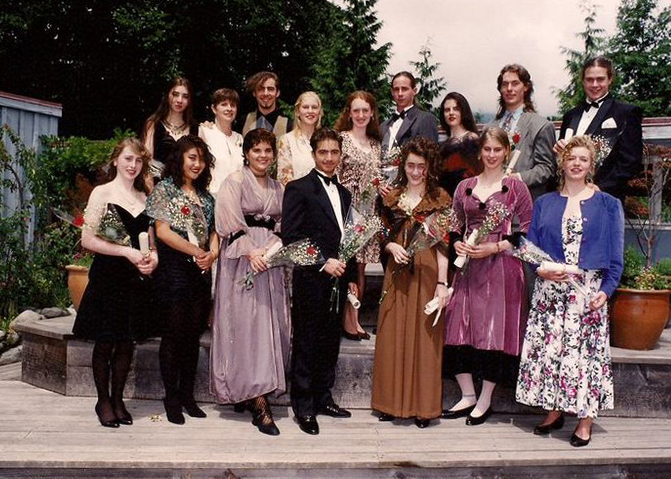 Let’s build a future together!

Celebrating over 50 years of cultivating compassionate, freethinking individuals who are able to act with purpose and contribute to the betterment of the world.

We have a rolling admissions policy and accept students throughout the year when space is available. Join an information session or meet individually with our Admissions Coordinator (admissions@vws.ca) to learn more about the Vancouver Waldorf School.
Visit our Admissions Process page to learn more.