VWS: Tell me about your work and education after graduating from the VWS. (Post-secondary schooling, travel, work experience, family, etc.

MC: After graduating in 2011, I first attended Queen’s University and then transferred to UBC in my 3rd year. It was quite intimidating making the transition from a close-knit group of nine students to two of the largest universities in Canada; I confess I was not prepared for 400 student lecture halls and having to essentially light off a flare gun if I wanted to be noticed by the professor, but I adapted pretty quickly. Now, in retrospect, the small class sizes offered by Waldorf seems like such a treat. My chosen major was/is Comparative Religious Studies, a topic which I find philosophically, politically, artistically, and psychologically fascinating, though I am not religious per se. I believe Eitel Timm can be “blamed” for my choice in major because after studying Faust there was really no turning back. (Thank you, Eitel!) This major has led me to many unusual conclusions about human nature and has also given me a much deeper understanding of the world.

VWS: What kind of work/study are you involved in now?

MC: Though I’m still in school, I’m also working on several projects that I hope to complete before I graduate, which include two fiction books and a short film. I try to write as much as I can in between studying and class – and while the books are slow going – the film will hopefully begin shooting in spring of this year!

VWS: What advice would you give to this year’s graduates?

MC: My biggest piece of advice would be to explore all your post-secondary options as early as possible. I began this process in my Grade Eleven year by filling out university applications and taking the SATs, which was challenging, but ultimately paid off as it opened doors which would have otherwise been closed.

I know many people are unsure about whether or not they want to attend university/college right after high school – and once there, you do have to push yourself workwise – but it is absolutely worth it in the long run. You grow exponentially as a human being and make great friends if nothing else.

VWS: What are your fondest memories of your time at the VWS?

MC: My fondest memories are probably the ones made during our Grade Twelve trip to the Haida Gwaii. To this day I think of it as one of the most beautiful places I’ve ever visited, and since our class was so small, we were able to take the time to talk and make art (and bake awesome cakes) together, which bonded us. I really consider the people I graduated with as a family, largely in part to the time we spent there.

VWS: How did Waldorf education affect your life, and your choice of career?

MC: The greatest gift Waldorf gave me was the ability to think for myself, and I don’t think I fully realized it until after I graduated. The first high school I went to before I transferred to Waldorf was so rigid and calculated: everything was about memorization and regurgitating facts. When I came to Waldorf, I was forced to philosophize, synthesize, and create – activities that not only help you to understand concepts but also that make you a full, well-rounded human being. As a writer, Waldorf taught me to connect antithetical concepts to create something new and imaginative, a skill which not only makes for great stories but also allows you to understand better the dualistic nature of our world. 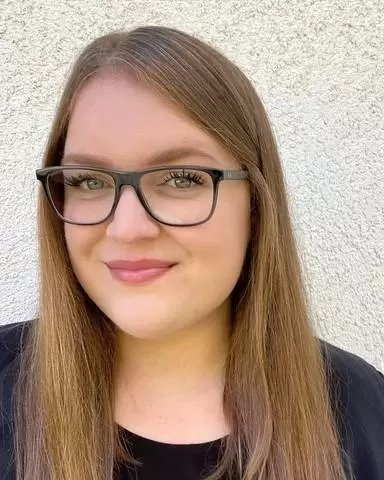 The Vancouver Waldorf School provides an experiential, age-appropriate approach to education based on the insights of Rudolf Steiner that inspires students to love learning, to be creative, open-minded, and compassionate. With a curriculum that integrates all academics with the arts and social learning, Waldorf Education develops not only the left and right hemispheres of the brain but the whole human being. A child’s social, emotional, physical and intellectual development is considered equally, supporting a conscious unfolding of the individuality within each student. Waldorf graduates possess capacities for empathy and clear, creative and independent thinking that enables them to carry out a chosen course of action with moral courage and social responsibility.

Celebrating 50 years of cultivating compassionate, freethinking individuals who are able to act with purpose and contribute to the betterment of the world.

We have a rolling admissions policy and accept students throughout the year when space is available. Join an information session or meet individually with our Admissions Coordinator to learn more about the Vancouver Waldorf School.
To submit an application, skip ahead to Step 3 on our Admissions Process page.